This chart shows the logic connections for those important parameters that help you understand the BTC mining ecosystem. 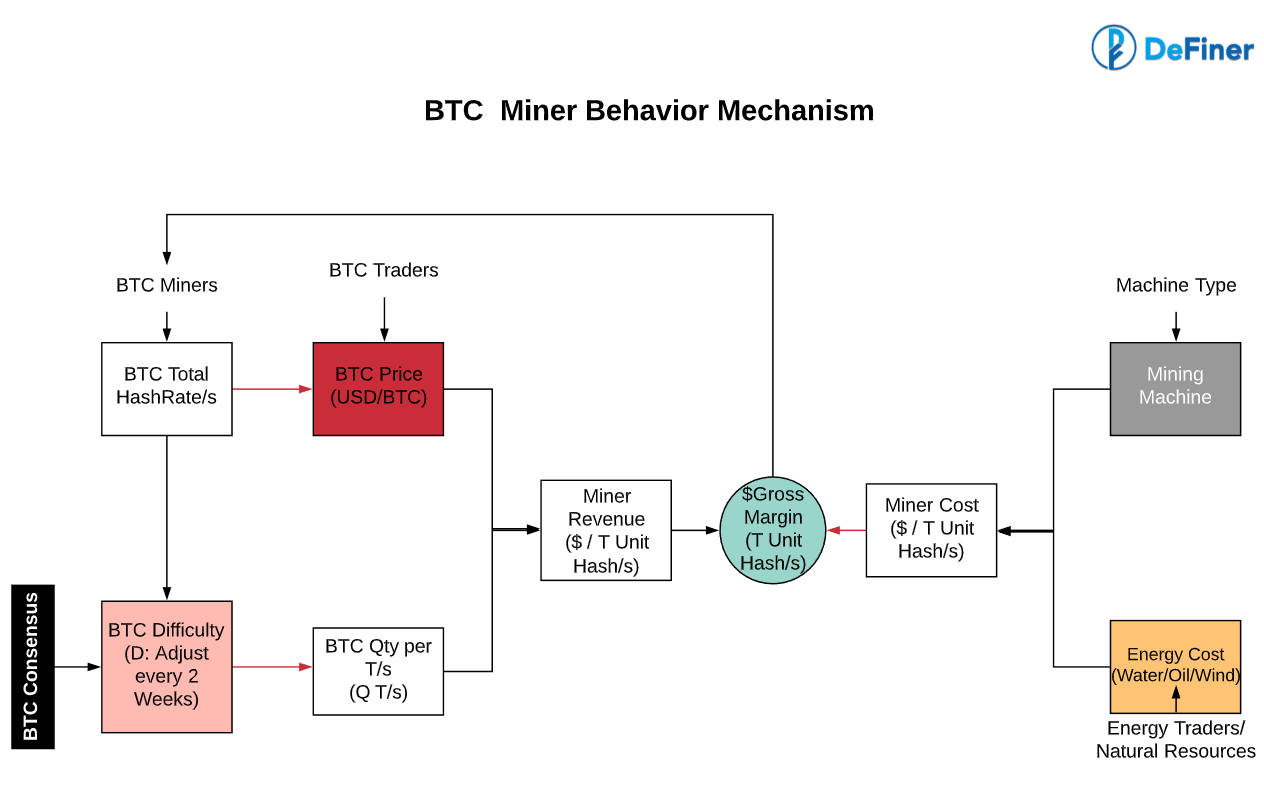 A miner has its own gross margin, it equals to the revenue per Th/s minus direct cost per Th/s. Revenue is the BTC Qty mined per Th/s at the market sold price and the direct cost is the energy cost per Th/s. Typically, we use 1 Th/s (one Trillion hash per second) as the Unit; Miner’s cost per 1Th/s is hardly changed in a short period because their energy and mining machine is hardly changed. Unless the unit energy cost changed. However, the revenue per Th/s is very volatile. So, in most case, revenue per Th/s controls miner’s gross margin and drive miner’s behavior of open and close mining machines. Revenue per Th/s is determined by the Price of BTC and the Qty of BTC mined per Th/s (QTh/s ).

Price change of BTC will immediately impact Miners’ Revenue per Th/s . Also because the cost of Th/s will not change in a short period. The gross margin of miners will positively follow the change of the price. From another side, the Qty of BTC mined per Th/s will also impact the Miner’s revenue per Th/s . But the difference is it will lag behind around 2 weeks.

When the difficulty stays stable, the price of BTC is the major driver of the BTC Hashrate change. The price goes up, the BTC hashrate goes up, vice versa. When difficulty adjusted significantly, it becomes the major driver for BTC hashrate change. This is because, when difficulty reduced, the Qty mined per Th/s will be increased, therefore, the Revenue pr Th/s will be increased then increase the gross margin. In this situation, those less energy efficiency mining machines become gross margin positive. Miners will restart those machines and drive up the BTC hashrate.


This is the reason why Bitcoin’s hash rate and value have historically exhibited a very close relationship with a 0.77 correlation. When the adjustment of difficulty happens, this correlation will break. This is why you see the recently increased hashrate has not been correlated with a substantial rise in the price of BTC.

(i) Following a drop in Bitcoin’s (BTC) network hash rate back on March 26, it now appears as though the premier currency’s hashrate has increased by a whopping 33% over the last two days or so. Could you please comment on why you think this has been the case? Why did these successive events (i.e. fall and rise in hashrate) occur in your opinion?

(ii) In line with the aforementioned question, this latest increase hashrate has not been followed by a substantial rise in the price of BTC? Why do you think this has happened -- especially since Bitcoin’s hash rate and value have historically exhibited a very close relationship, with a 0.77 correlation?

Now you know that, the recent hashrate's rapid increase is majorly due to the difficulty reduction on March 26th, which is because of the BTC price drop dramatically starting 2 weeks before March 26th.

Let us discover what has happened for the past month.

With the combined impact of both BTC price and Qty per Th/s , the revenue as shown in the chart above dropped significantly around 40%. 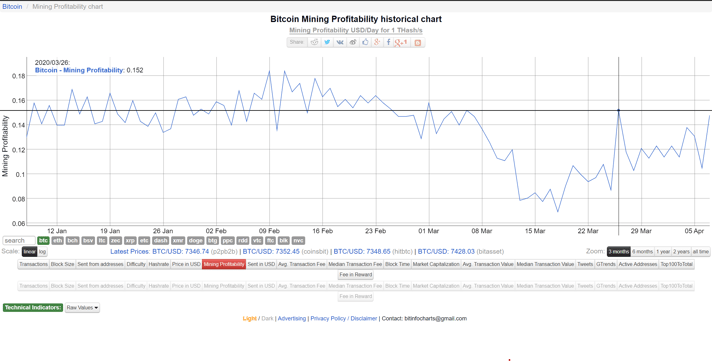 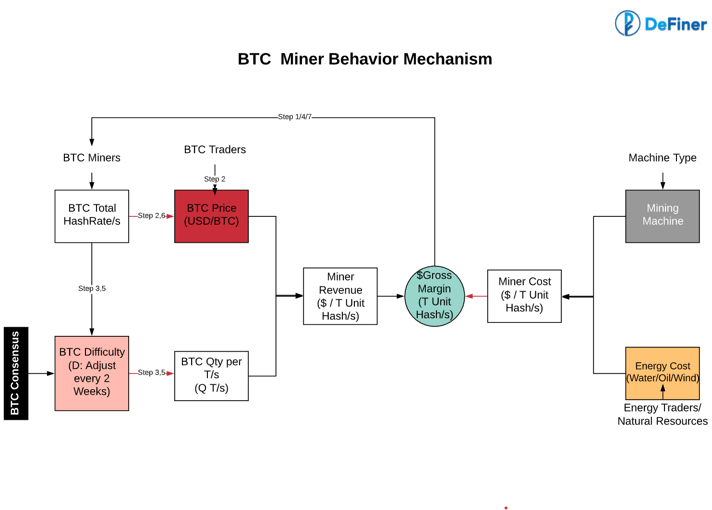 (iii) Do you foresee any change in the price of BTC (or other major crypto assets) in the foreseeable future? Also, what sort of impact do you expect the upcoming halving event to have on the value of the flagship crypto asset?

What’s going to happen next?

This is what we can analyze and plan. For sure, BTC will keep an uptrend from now to at least 2 - 4 weeks after halving. What we cannot plan is people’s behavior when BTC keeps going up for almost 2 months. Combined with 50% reduction of newly mined BTC supply, we may face a liquidity issue. There is not enough BTC on the market to meet the new buyers as of by attracting from the price appreciation.

If this happens, most likely, the BTC price will keep going up and push up the difficulty to a new high level as well. Then QTh/s will keep reducing and soon reducing less than the -50% of the level before halving. It can go as low as -25% of the original level.

The Cost of Th/s is rarely changed because it depends on the mining machine innovation, and the energy unit cost goes down. It will take years.