FIN Token is the Nucleus within the DeFiner Ecosystem. Here is some basic information about the FIN token.

First thing first, make sure that you have the RIGHT FIN token address! There are lots of fake token out there so please make sure that you are obtaining the address from DeFiner officials. We have also published this on our website.

What is FIN used for?

DeFiner redistributes all profits collected on the platform back to FIN token holders, including transaction fees and interest collected. Collected profits will be distributed proportionally according to your FIN holding ratio. The more FIN you own, the more profits you earn.

By contributing lending capital and collateral on the network, lenders and borrowers are entitled to a portion of the newly mined FIN. The duration and value of those assets staked will be used to calculate how much FIN the lender or borrower will receive proportionally. The number of newly mined FIN follows a predefined deflationary curve.

Decentralized governance is an important aspect of the DeFiner ecosystem. The FIN token is also designed to represent voting rights for holders. This keeps the platform secure, evolving, and allows users to decide on the trajectory of the platform. Each FIN token entitles you to one voting right. So owning more FIN gives more votes.

Finconomy is a FIN token holders economy to achieve full decentralization and autonomy of the DeFiner Protocol.

Finconomy helps catalyze decentralization of the protocol by aligning goals and incentives with the DeFiner community by recognizing, rewarding, and further incentivizing the community with initiatives that help strengthen our mission of further decentralization and community governance.

There are many ways to interact in the FINconomy, including earning high-interest rates by depositing FIN into our Savings Market, borrowing stablecoins using your FIN as collateral, and getting over 400% for becoming a FIN Liquidity Provider. 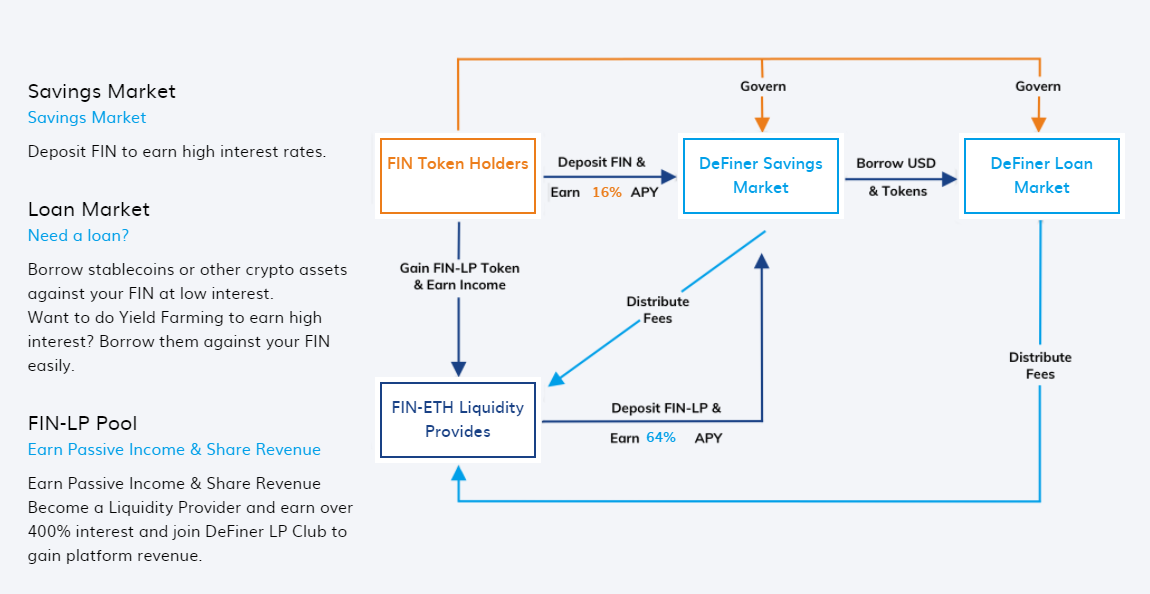 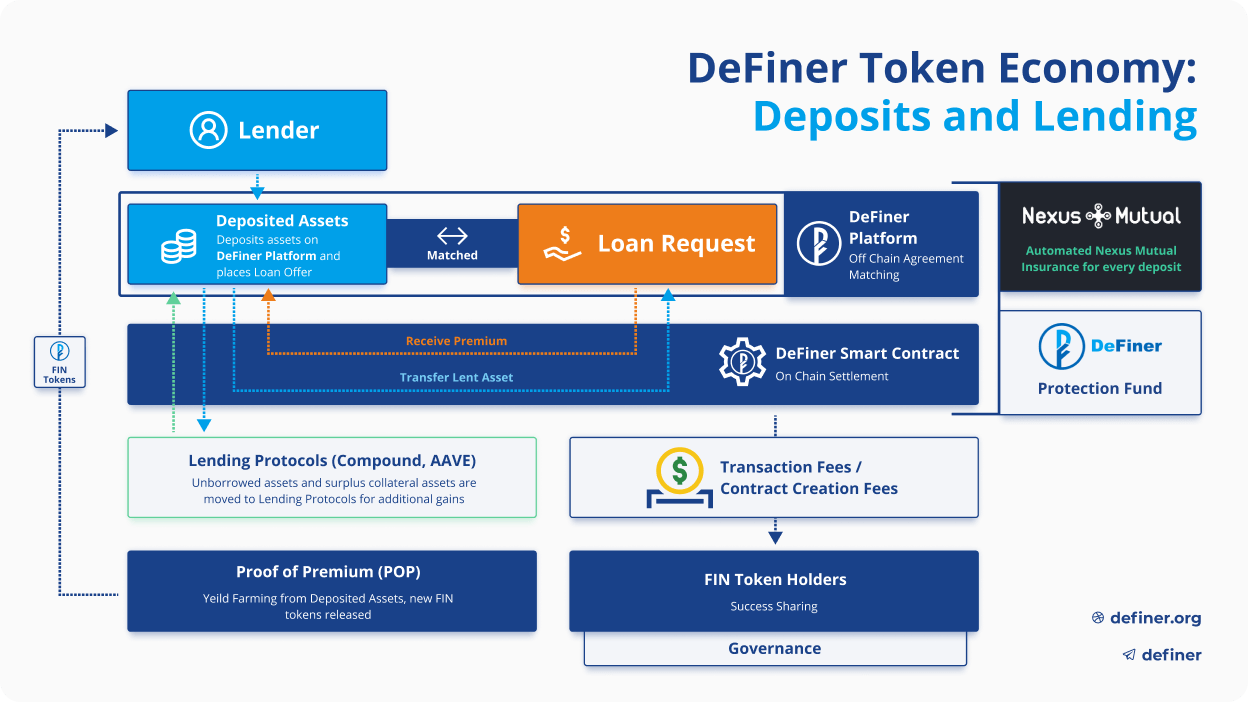 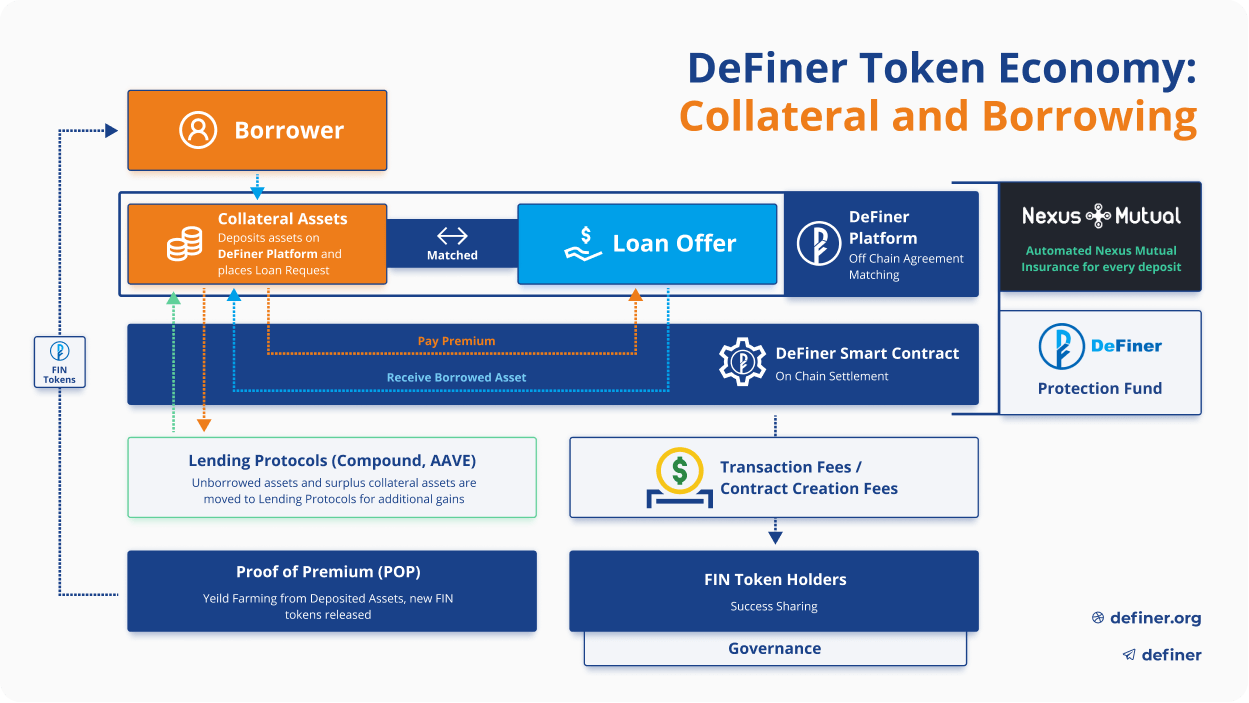 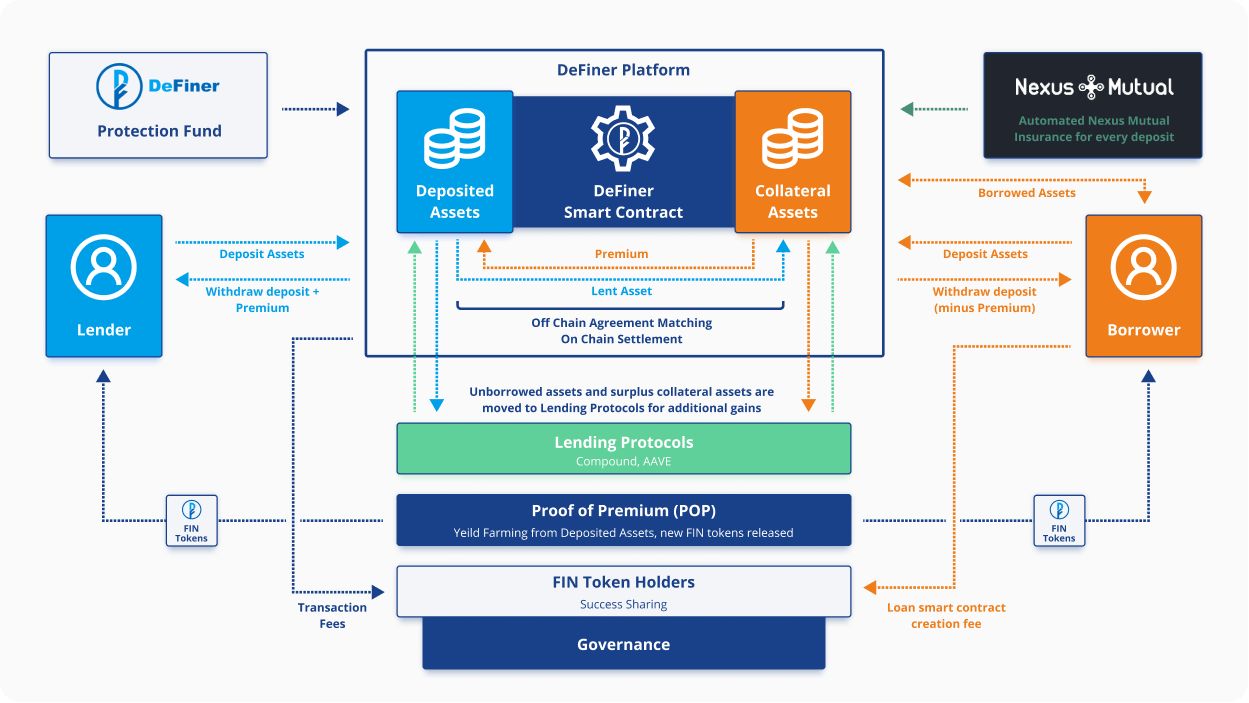 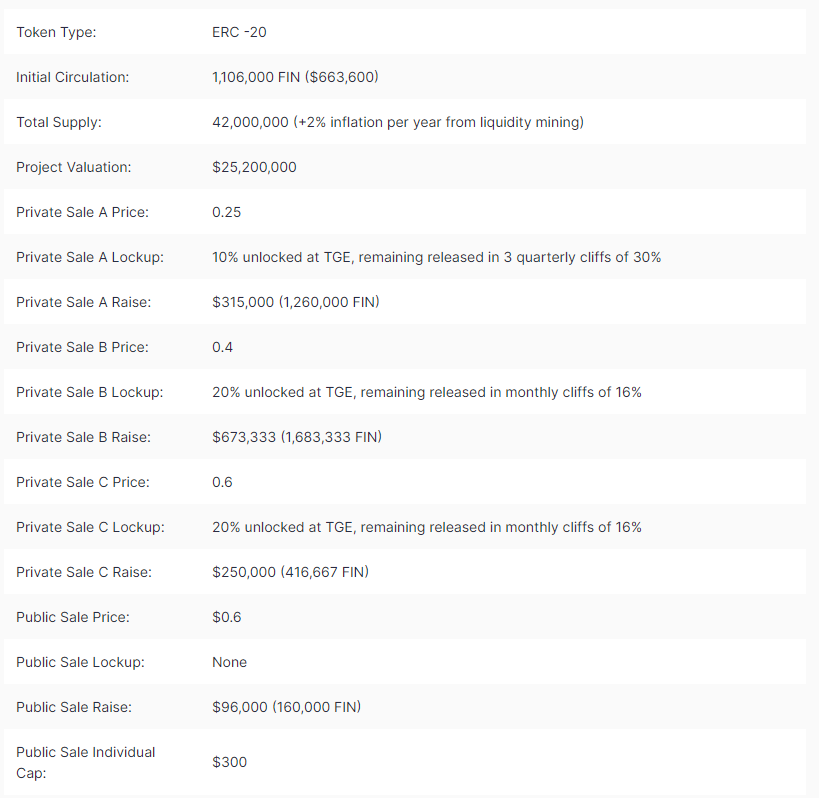 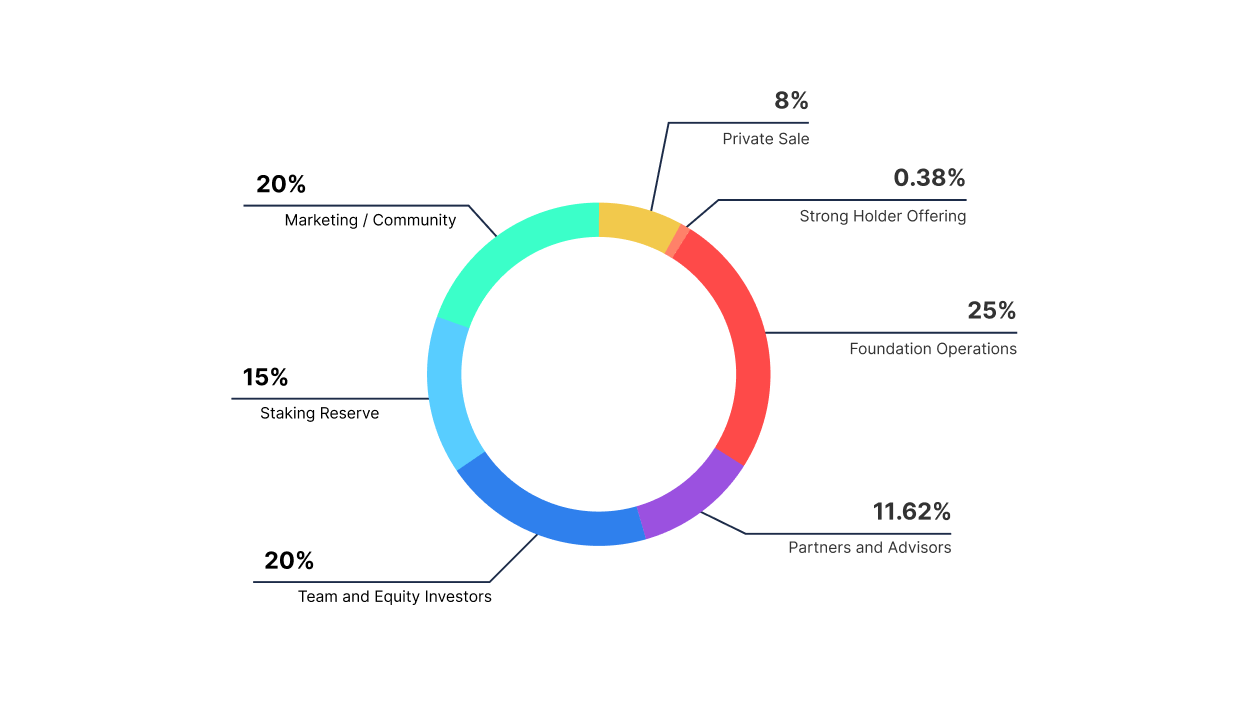 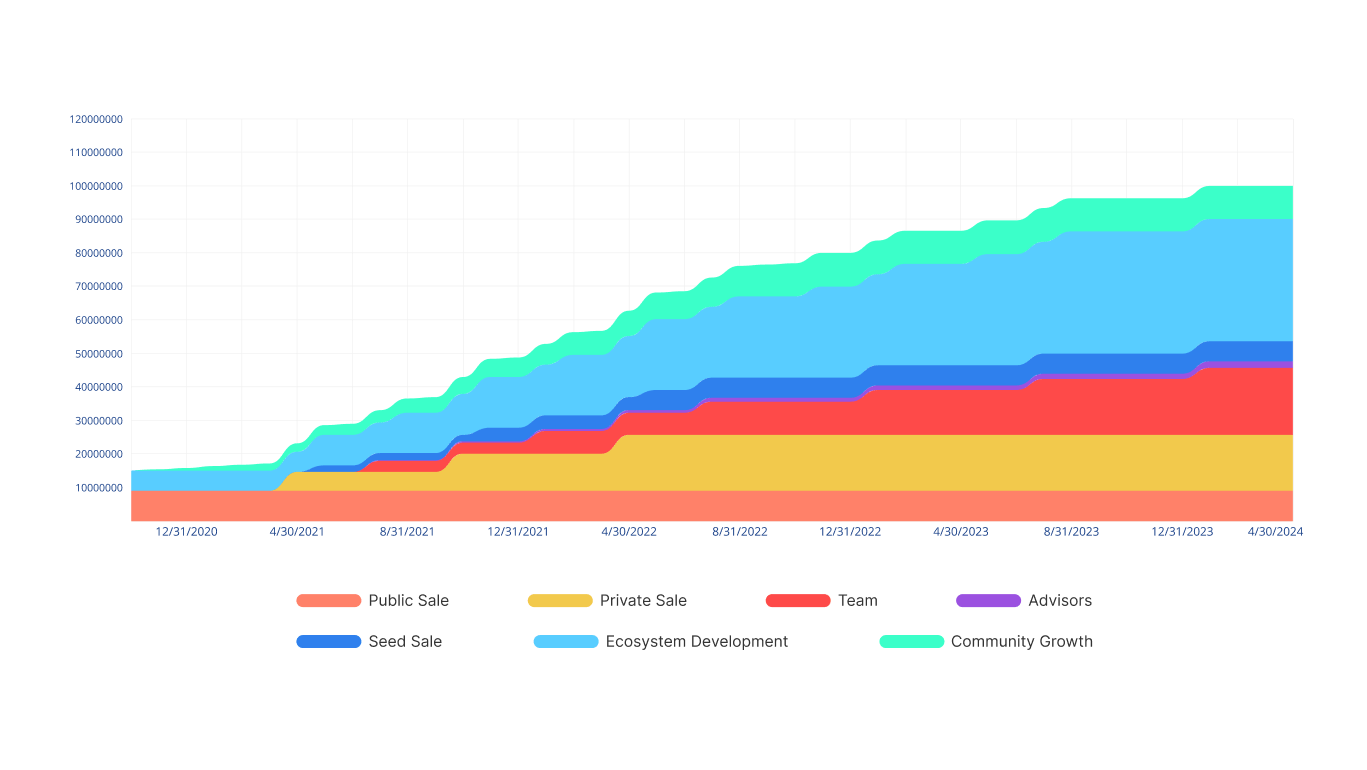 Tags: About Us, Product Tutorial